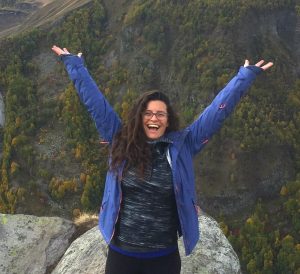 Abstract
High-resolution seismic data from within San Diego Bay was examined to identify faulting and ancient river drainages (paleochannels) of the San Diego River and Chollas Creek. These data revealed two fault zones, the Harbor Island fault zone and Spanish Bight fault zone, as well as  numerous channel and delta features. The results of paleochannel and fault mapping indicate a relationship between the Spanish Bight fault and the past channels of the San Diego River, which used to empty into the Bay at the current site of the San Diego Airport. There is evidence of at least four channels following the trend of the Spanish Bight fault, suggesting that the channels were fault-controlled. The multiple channel system, may be indicative of an anastomosing river, which is different than the current San Diego River system that has undergone significant anthropogenic modifications. Alternatively, these channels may have been part of the San Diego River delta system where channels commonly bifurcate and change course. Studying the paleochannel network and its relationship to faulting will help geologists understand the broader hydrology and geomorphology of San Diego Bay. For example, these systems could be important for groundwater resources as they may act as fluid flow pathways in the subsurface.